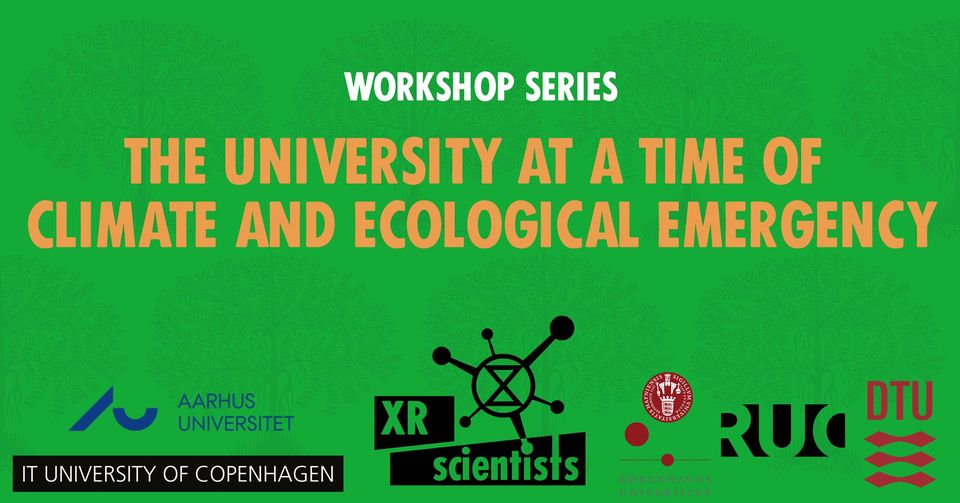 From March to May, XR Scientists Denmark are hosting a workshop series consisting of three interactive workshops, primarily aimed at scientists, researchers and students. Our aim for these events is to give participants concrete tools to bring about change in our response to the climate and ecological emergency in the Danish university system. Ultimately to feed into a more general push for a national agenda that prioritizes ecological and climate justice.

As the climate and ecological emergency worsens, scientists across Denmark are increasingly faced with questions about their behavior in the crisis: What is the role of academics in the climate and ecological emergency? Should we be passive bystanders, fulfill a purely informational role, or should we engage in direct action? What can we do as researchers, even if we don’t work directly on climate issues?

The workshop will serve to summarize and reflect on findings from history, social and environmental psychology that suggest that collective behavior matters a lot, even when performed only by a minority. We will present examples of concrete pro-climate actions in universities across the world, and how they were perceived by the public and politicians. The workshop is also meant as a way to exchange and develop new ideas for collective direct action carried out by scientists, to call out the inadequacy of climate policy in Denmark, as concluded in the latest report by the Danish Climate Council.

To attend this event, sign up online at: https://www.eventbrite.ie/e/scientists-as-active-citizens-public-engagement-in-sustainability-tickets-151781329041?fbclid=IwAR1SnvSDYM5SNaflMUh9uNj1nojeHDSDceE3wnTYIcGLb2esQkrkdzBdD9M