The time has come, we’re at a TURNING POINT! Join the Rebellion NOW

Take part in a peaceful rebellion on the 6-13 of May 2022, a call to action on the climate and biodiversity crisis we’re facing.**

❗We’re done with holding ourselves back!

❗We’re done with waiting for others to “fix” the climate crisis!

❗We’re done with ignoring our own power and ability to create change!

Action is the only way to tackle feelings of guilt, sorrow and frustration about the climate crisis and authoritarian devastation.

People want climate action and when we are many that stand together, we can move mountains! We’re at a Turning Point and we can turn this all around if we want to!

The power must be given to the citizens in a citizens assembly, but it will not be given voluntarily.

We need a peaceful rebellion for it to happen.

This is a planetary emergency and we have to see past our differences and stand together in the fight for human survival and each species right to live.

The rebellion begins at 12 noon on Christiansborgs Slotsplads, Friday May 6th, and continues at least until the 13th.

Friday May 6th: Blokade of Slotsholmen

We’re starting HUGE, surrounding the island of Slotsholmen, blocking ALL bridges and not budging until politician’s act and concede power to the citizens. We need lots of people, so if you’ve got a free day from work, take it on May 6th!

There’ll be a climate march. Details will be released soon!

Right now we’re planning the rest of the week which will entail one major action daily and feature different themes. (We’ll keep you updated)**

It’s clear to see how Europe’s dependence upon gas from Russia finances war and repression. Much the same is happening all over the world. The answer to this dilemma, isn’t to build one’s own fossil fuel infrastructure but to become completely independent of fossil fuels. Terminating fossil infrastructure means stopping Baltic Pipe, gas to Lolland-Falster, renovation of Tyra-gas field, extension of Copenhagen Airport and expansion of the motorway grid.

Stop building over nature
We are in the sixth mass extinction.
Denmark together with Bangladesh is one of the world’s most cultivated and densely-built countries and scrapes the bottom of the list in Europe when it comes to protecting wilderness. Less than 1% of our land area is prioritized for biodiversity. If the Social Democrats live up to their campaign promises we’ll make it to 3%, but we need at least thirty percent to reverse the biodiversity crisis. The list of threatened and extinct species grows yearly, as their primary habitat disappears or is fragmented beyond recognition.

The least we can do as a society is stop destroying the minuscule bit of nature that remains. All public green and blue areas which are not already cultivated or built upon, should be included in “Stop building over nature.” The climate and biodiversity crisis must be resolved together. Plants and fungi already have the inbuilt technology to capture and bind CO2; all we need to do is give them room and time to grow. UN’s climate panel, IPCC’s latest report, underlines that it is essential to protect and regenerate ecosystems to maintain the Earth’s climate and ecosystems. We need to listen to First Peoples (native inhabitants), those who for thousands of years have been conscious of humanities deep interconnectedness with other species, and whom are this planets and biodiversity’s best caretakers. Stop building over nature entails bringing to a halt the devastation of the natural environment in, among other places, Amager Fælled, Egholm, Røsnæs, Stejlepladsen, Kongedybet(Lynetteholm) and Samsø.

Update democracy with an authentic people’s assembly
Our present political system is incapable of dealing with the most imminent and consequential of all crises. Lobbyist, bankers and industrialists have way too much power. They stop change and coin their money off status quo. Politicians fear change and don’t dare to go against special interests. They’re steering us towards catastrophe and the decimation of life bringing biodiversity - depletion of planetary resources and climate collapse are the consequences we’ll face.

Citizens are ready for a change – that’s clear to see when Denmark’s advisory citizens assembly suggests climate action that far surpasses that of the politicians. We demand a democratic update giving citizens the power of assembly with a real mandate, so they can adopt legally binding climate and nature policies that the government thereafter is forced to implement, as in a referendum.

The Peoples Climate Assembly is a gathering of 99 citizens, chosen by lottery/sortition, to represent the population. On the basis of informed dialogue, they come up with solutions as to how we can transition to a sustainable and regenerative system. Politicians are too caught up in campaigning for re-election and only focus on results they can attain within a four-year period. A Peoples Assembly is capable of long-term thinking, aren’t worried about maintaining a good “image,” and can actually create real and sustainable politics based on the common good and viable long into the future.

Denmark’s Climate Assembly has no binding power and no one listens to their recommendations. These randomly chosen citizens suggested a reduction in meat production, and that Denmark should prioritize climate action above economic growth. Their proposals are long from those on the politician’s program and highlight the difference between the will of the people and the politician’s catastrophic agenda. Nothing will happen if people aren’t empowered. Politicians and heads of industry will not freely release their grasp on power and that’s way we need a rebellion!

The wealth of Denmark historically and now is based on exploitation of humans and nature. The hunt for profit destroys the economic and ecological conditions all around the world. We need a transition to a sustainable future of solidarity.

Despite massive carbon emissions, the destruction of nature and participation in wars in Iraq, Afghanistan, Libya etc. that displaces people. Danish politicians refuse to receive refugees (unless they are white and christian).  That is irresponsible. The wars, exploitation and destruction must be stopped.

For the government to take responsibility means, among other things, to downsize the military, hit net-zero emissions in 2025, close all deportation camps, quit integrationsydelsen and the new hjemrejselov and make the special laws for Ukrainian refugees for all refugees.

We are at the juncture of a devastating collapse of climatic and ecological systems. Hunger, an immense exodus of refugees and war, are the inevitable consequences of climate crisis and the destruction of biosystems. In the Global South people struggle on a daily basis for climate justice; with much more at risk than we could ever conceive of. We cannot remain passive.

There must be many of us; enough that we can’t all be arrested. If we are many and we don’t back down, then the power will be ours! Imagine if there were a thousand of us sitting on the bridges around the island of Slotsholmen? 10.000? 100.000?

You have the choice between rebellion or climate collapse – what will you choose? 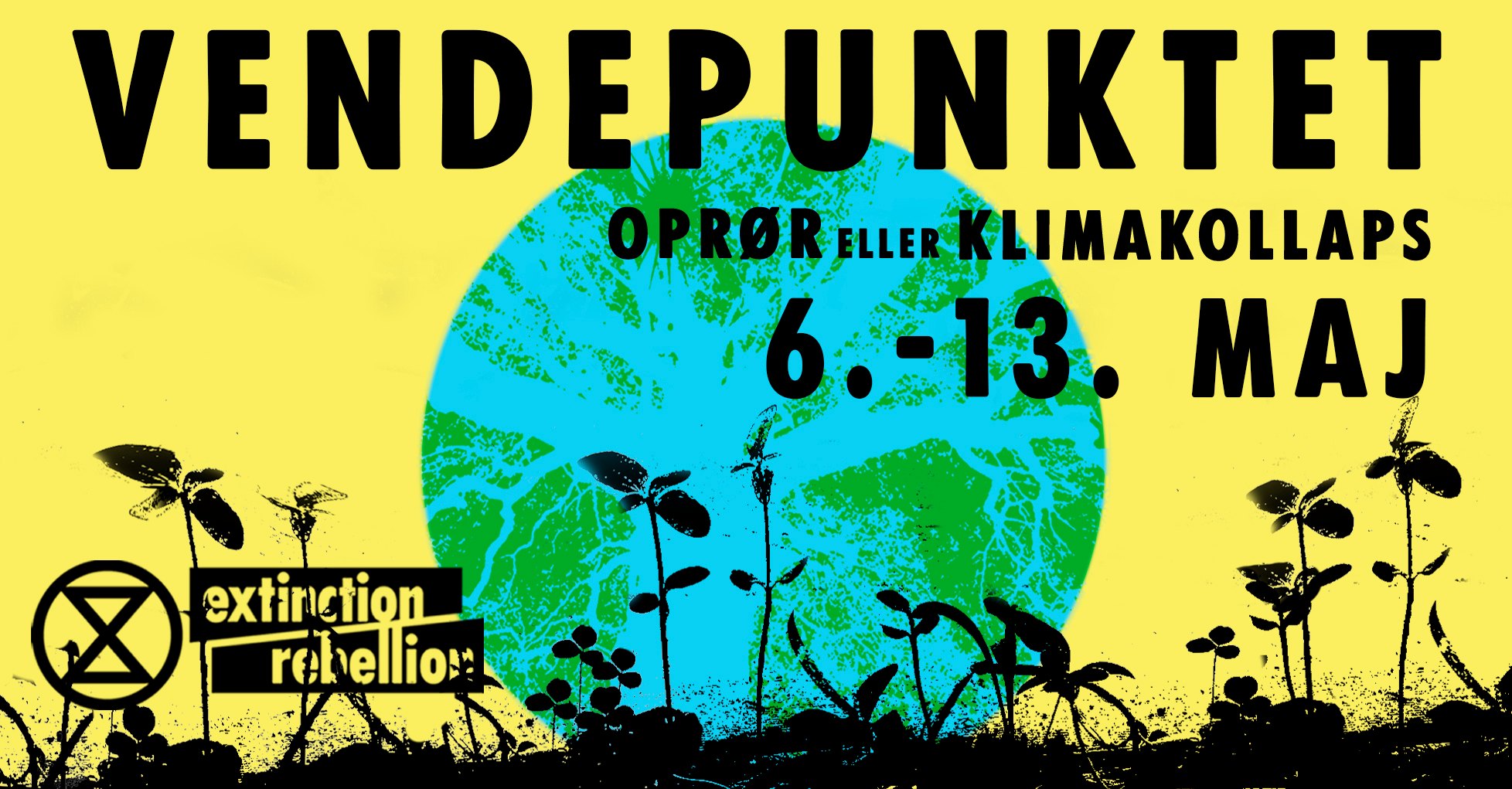